The Birth of the Universe

The commencement of everything — the origin of the Universe — is one subject where scientific and religious interpretations sometimes collide. This isn’t because they take the same response to the situation; obviously, they don’t. It’s because the question they’re both being asked seems to be the same.

We’re curious as to how all of it came to be. We really like to know because our tale would be meaningless without it. We are the Universe’s products, and the tale of the Planet is ultimately our story as well.

Science’s task is to come up with insights that do not rely on divine intervention. We comply with the law of nature as our guide. Because of this constraint, describing the genesis of the Universe is a significant conceptual difficulty for science.

Science evolves inside well-defined conceptual frameworks. Science would have to explain itself in attempt to elucidate the origin of everything. And we’d need a new kind of scientific reasoning to do so. 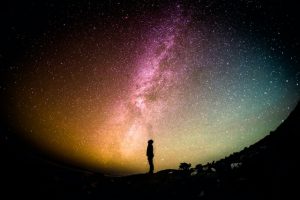 The two pillars of twentieth-century physics underpin current explanations of the Universe’s formation. General relativity, Einstein’s hypothesis that gravity is created by the warping of space induced by the existence of mass, is the first pillar. Quantum physics, which explains the realm of atomic and subatomic, is the second pillar. Linking the two is logical, given that the Universe was tiny even in its youth for subatomic particles to be significant.